Top Strategic Predictions for 2023 and Beyond — Seizing Uncertainty, from Gartner®

In a global pandemic, being able to engage immediately and effectively with a dispersed workforce has enabled companies to keep their people safe and their operations running. Wyzetalk says lessons learned working with one of the world’s largest mining companies over the past year has shown how the smart use of technology could solve business challenges, not only keeping companies operational, but also innovating on the fly.

“The last year has tested every organisation’s resilience and planning to the maximum. Never did we imagine that our client’s workforces would require such intensive and personalised engagement in an environment constantly changing – not only day to day – but from hour to hour,” says Wyzetalk MD, Sinazo Sibisi. “Imagine trying to connect with tens of thousands of workers across the globe, ensuring that critical HR processes were implemented, and crucial information disseminated, moment to moment. This year has shown us just how powerful and important effective process innovation is.”

Wyzetalk, provides a mobile-first digital employee experience solution to help connect large organisations with their dispersed, frontline workforce. For almost a decade, the company has been working with a number of multinational companies, some of whom operate in the most dangerous and challenging environments, including the mining, manufacturing and oil and gas industries.

Work done with multinational mining conglomerate, Anglo American, during the Covid-19 pandemic has showcased the importance of innovating in times of crisis.

When its operations around the world were impacted by lockdowns and other safety restrictions imposed by governments, communicating with 90 000 workers in 18 global operations across five continents was no small task.

After the initial lockdowns the Anglo American team had to bring divisions back on stream under new regulatory guidelines. This included limiting workers on each site, implementing social distancing, screening regimes and a myriad of other health and safety provisions never dealt with before. What’s more, the complexities of ensuring the human aspect of working in a global pandemic needed to be recognised and empathetically dealt with, ensuring that workers had adequate access to information on how to keep themselves and their families safe. 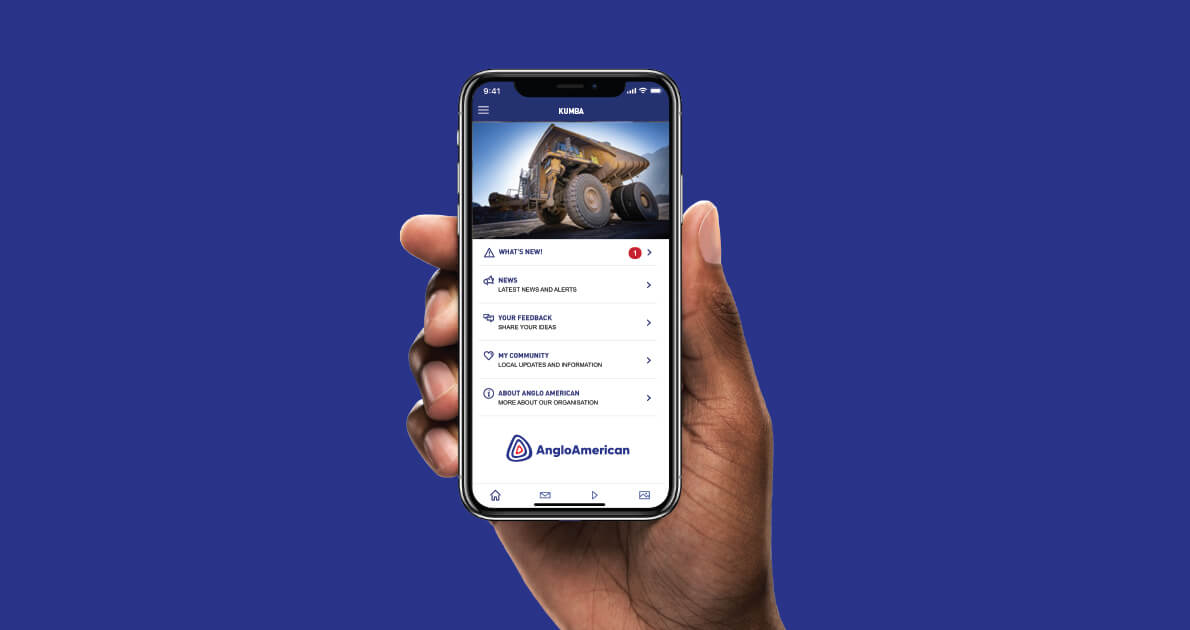 Through their Wyzetalk-developed Engage platform, Anglo American was able to share targeted information at the individual level, communicating with workers via their mobile phones.

In addition, the Engage platform enabled the Company to shift from paper-based daily COVID-19 screening assessments to a digitised process that will link directly with the time and attendance system.

“We have seen some of the most forward-thinking leadership during this pandemic. The Anglo American team not only delivered on their business continuity requirements, but fast tracked the digitising of critical HR processes. What’s more, we saw that by ensuring people have a steady supply of useful information, companies can minimise the spread of misinformation that can lead to panic, downtime and even dangerous behaviour,” says Sibisi.

The work done with Anglo American was recently recognised by Europe’s Communicate Magazine in their Digital Impact Awards, announced on 4 March. Wyzetalk received three awards as well as a commendation. These included gold for Best Corporate App; silver for Best Use of Digital From the Extraction (oil, gas and mining) Sector; and bronze for Best Use of Mobile and Portable Devices. This commendation was in the Best Digital Employee Communication category in recognition of work done with Implats.

“Working with large complex organisations has given us a unique insight into just how challenging a crisis at this scale can be. While we hope the vaccine rollout will result in an end to the pandemic soon, we know that it’s never long before another natural disaster or some other unforeseen event may threaten global workforces. We have seen the power of mobile-first platforms when it comes to agile communications and the ability to innovate in times of crisis,” Sibisi says.

Subscribe to our newsletter for the latest updates and news.

Please fill in the form with your valid email address.